The following 12 zones of Milan are well-known by all the Milanese youngsters and you will get to know them too very soon!

In the middle of a quiet residential area facing Parco Sempione on the opposite side of the Castle, there is a beautiful Arc built by Napoleon in the 19th century. In front of it you will find a pedestrian zone full of trendy bars, famous for their aperitivo (some snacks, which are usually served for free together with your pre-dinner drink). The best season to enjoy the Arco della Pace is probably in the spring, when the area is most vibrant and you can have a drink or a meal sitting outdoors.

It’s one of the most elegant and picturesque zones of Milan: its narrow streets are home to plenty of bars, restaurants and shops. Everything here is quite chic and high-class, but the district conserves some of the bohemian charm coming from having been the artists’ neighborhood of the city. Here, you can also find the Pinacoteca di Brera, the Teatro Strehler and lots of fortune-tellers ready to read your palm.

The city center is an area dedicated mainly to shopping. The famous Quadrilatero della Moda, starting from via Montenapoleone, is home to the chicest boutiques in the city. The whole area is full of shops, from the little craft workshops to the international megastores. You will find pretty much anything you may need and more, with a huge range of quality and price. Also, if you want to be a tourist for a day, this is the place to go to: the Duomo, the Castello Sforzesco, the Teatro alla Scala, the Galleria, the Museo del Novecento, the Palazzo Reale and most of the famous ancient buildings in Milan are located in this zone.

Just dropped your new smartphone and watched it smash into hundreds of pieces? Pick them up and bring them to one of the many electronic shops around via Paolo Sarpi to get it assembled as fast and cheap as it gets. Then, while you are here, you can take a look around at all the different shops and check out their wide selection of goods of any kind at very affordable prices. And of course, you can enjoy a cheap meal in an authentic Chinese restaurant where Italian is (sometimes) still considered a strange, foreign language.

The area surrounding the Politecnico and the scientific faculties of Università degli Studi di Milano is known as Città Studi. Even if it is quite far from the city center, it is served very well by public transport and has a metro station in piazza Piola. Many Erasmus and international students choose to live here because it is near to their university, rent is cheaper than in the city center and there is a youthful atmosphere due to all the students and parties.

One of the most famous zones of Milan’s movida. The square between these Roman columns and the Basilica di San Lorenzo is the meeting point for a young crowd that populates the many bars around the area from happy hour until late at night. When the temperature allows it, people will often enjoy a takeaway drink, an improvised concert, a cheer for Becksman (you will get to know this Milan urban legend) and a chat with some fellow strangers.

This area, just alongside Garibaldi Station, is the heart of Milan’s most fashionable nightlife. From happy hour until late at night, plenty of bars, restaurants and clubs are ready to entertain the trendy crowd stepping onto this pedestrian area. Lots of new buildings, skyscrapers and shops have been built in this area during recent years for EXPO2015. Piazza Gae Aulenti (inaugurated in 2012) is an awesome example; you should definitely check it out!

Home to many offices and important companies, the area is also a lively nightlife spot. On via Solferino and corso Garibaldi you can find many restaurants and bars with luxurious happy hours. The prices are generally quite high, but near Largo La Foppa there’s a bar ran by a bunch of Chinese guys who sell cheap drinks and beer. You will notice them because of the crowd outside. If you are more interested in culture than in nightlife, you can go to the Cinema Anteo, which offers a different experience from any other cinema. (Do you want to know the cinemas in Milan that run movies in the original language? Check this article!)

Originally a working-class residential district, the area surrounding the artificial canals of Milan still conserves part of the atmosphere from the last century.  The craft workshops have been replaced by lots of bars and restaurants and the residential quietness by a lively and sometimes noisy nightlife, making it one of the most popular spots in town for a night out. Recently here it has been restored the “Darsena” (the ancient dock of Milan), it is located in “Porta Ticinese” and today it is a nice area to walk or eat an ice cream. However, you can also still find an authentic friendly atmosphere and picturesque scenery. Many students choose to live here because the rent is not as high as in many other more central zones.

It is south-east from the city center and not far from Università degli Studi and Università Bocconi. It is probably not one of the most famous nightlife zones of Milan but it is still quite central and well connected. There are many good bars and clubs in this zone often crowded by both locals and movers. The “Roman Gate” which gives the name to the entire zone was completed by 1596, on the occasion of Queen Margaret of Spain visiting Milan.

This square, with its historical gate in the middle, today is one of the busiest crossroads in Milan’s everyday life. On one side of it there’s the Indro Montanelli Gardens with the Museo di Storia Naturale and the Planetarium. On the other side, there is Corso Buenos Aires, a long, busy shopping street. Its surroundings also host a great number of trendy, underground or gay pubs and clubs. There is a wide range of multicultural and ethnic restaurants in the area.

In Milan there is a particular area, confined by the railway, outside the chaos of the city, halfway between the traditional and the futuristic: this is the Isola district! At the beginning, Isola was mostly a working-class district, thanks to the proximity of the railway and many large factories; in recent years, it has undergone a building revaluation and a strong architectural revisitation. Piazza Gae Aulenti is the most modern area of the district, the one that has given a new face not only to the neighborhood but to the entire city. Here you will find skyscrapers and the famous building, Bosco Verticale decorate with over 2000 plants but also many hipster restaurants and bars.

For a few years now, this area has been considered the district of design and creativity thanks to many events and exhibitions that take place here throughout the year. Most of all, during the Salone del Mobile (usually in April), this area is a must-see for designers, artists and for anyone who wants to live by the saying “I was there” and wants to attend every radical-chic event at any cost. If you just want to relax and enjoy the bars and pubs, our suggestion is to come here at a different time of the year. On March 2015, the Museo delle Culture (MUDEC) was inaugurated.

The name comes from “North of Loreto” and this area is increasingly chosen by students, young professionals and creatives attracted by the low prices of houses and rents, but also by that multicultural atmosphere that is often seen as a plus. The neighborhood inhabitants organize many events and courses for networking and to reclaim spaces for social purposes. You will find bars, art galleries and a nice park (Parco Trotter) that is perfect to chill during spring and summer.

We think that this is a practice way to describe the zones of Milan, but if you want to know more about the administrative division of the city, Wikipedia always helps! 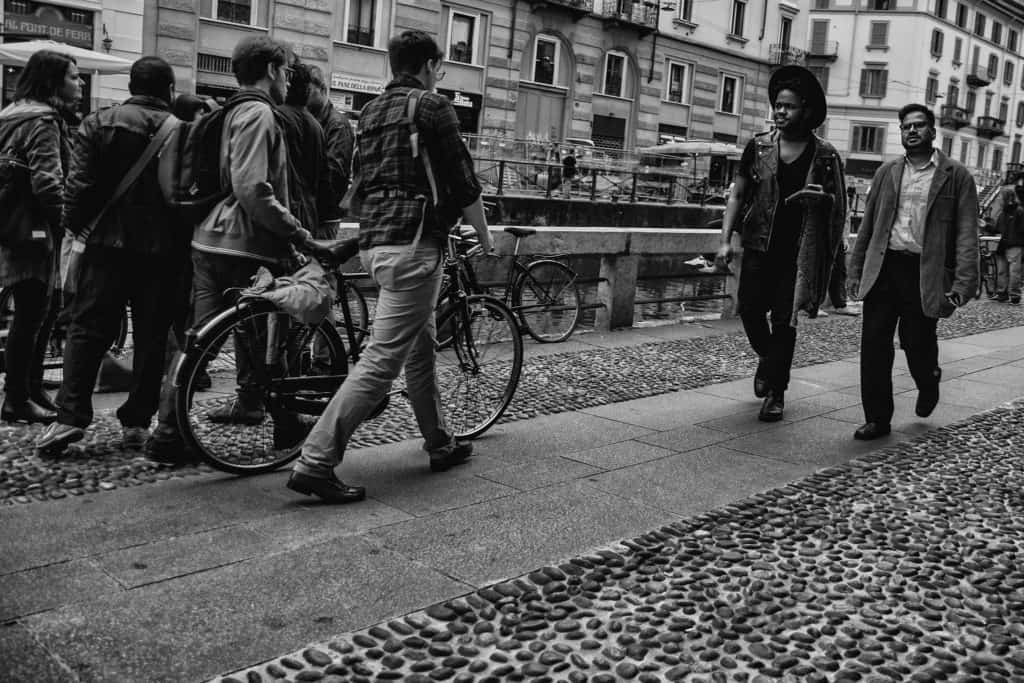 If you are going to study or work in Milan, you could need to stay in a hostel for some days while looking for a…

Milan is beautiful and it has lot of things to see and places to go. Also, it is a very important travel hub thanks to… 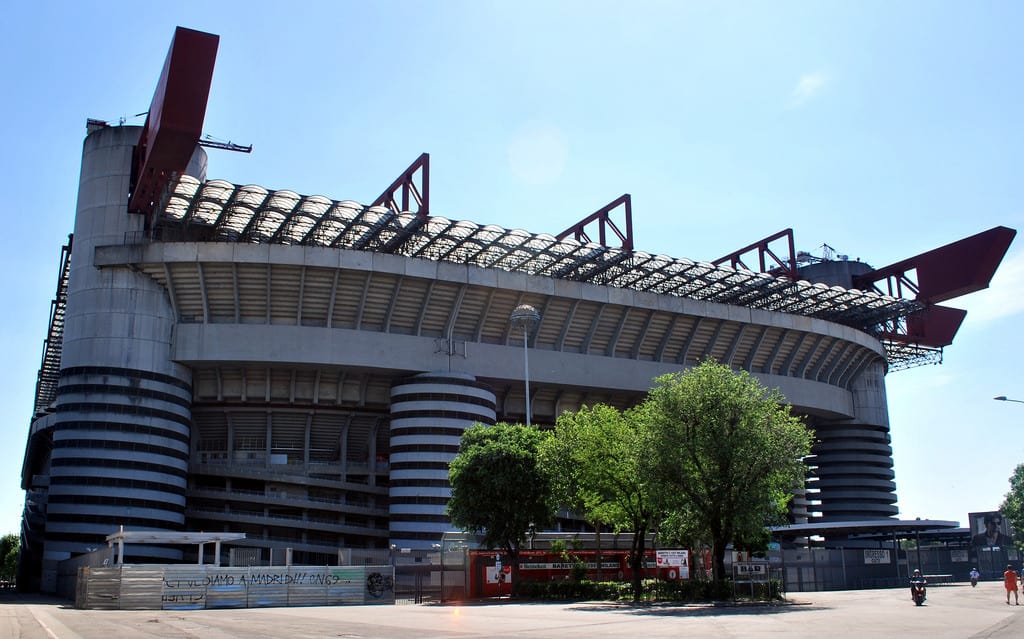 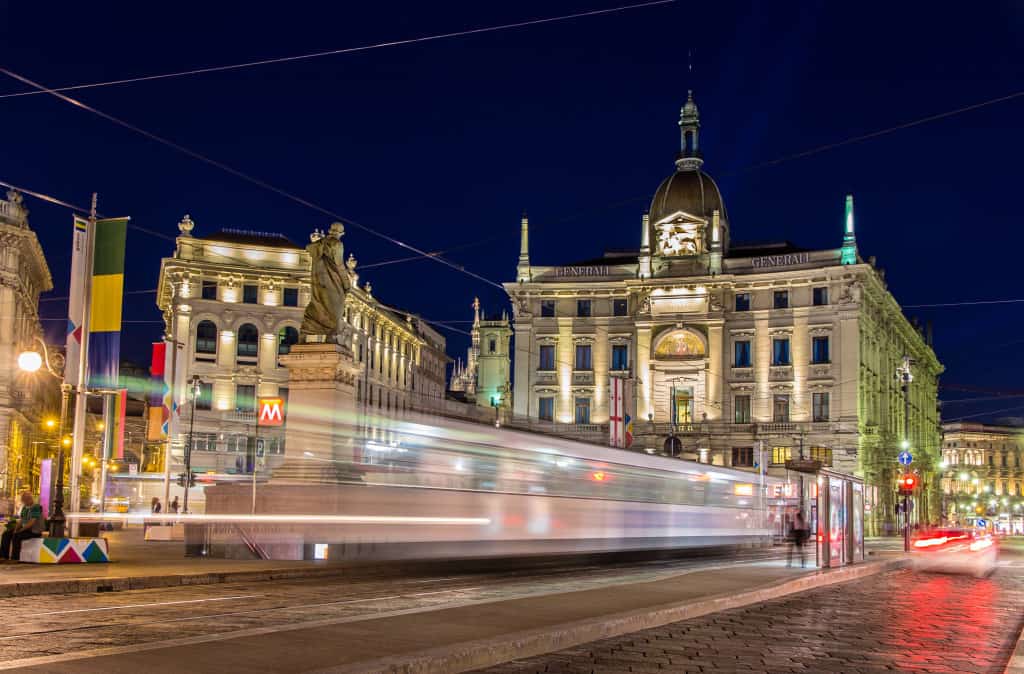 Milan is a big city and moving by car, especially during rush hour, can be a really stressful experience. Luckily, there are other ways to… 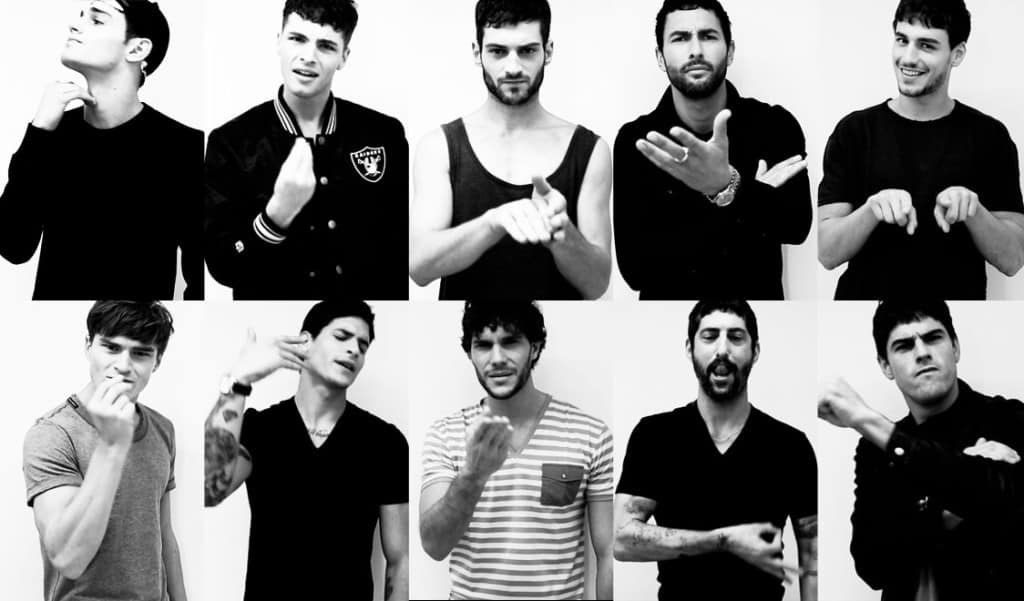 If you are new in Milan you should know that, in order to speak italian well, you will need more than your mouth and tongue……

This site uses Akismet to reduce spam. Learn how your comment data is processed.